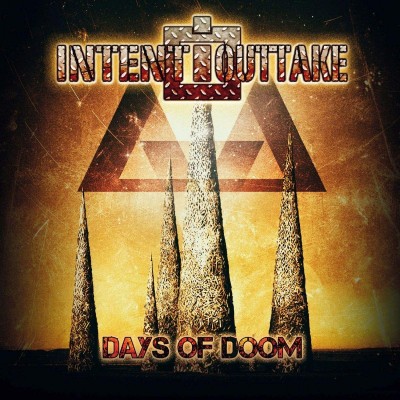 2nd edition of INTENT:OUTTAKE’s album (the first digi2CD edition was released in November) The ‘main’ album „Days of Doom“ contains 11 catchy electro tunes that prove how much this band has gained in quality and professionality since their earlier albums! Powerful dancefloor rhythms meet vivid and insistent mid-tempo songs - an unparalleled experience. On board this powerful vehicle is - among others - Gerrit Thomas, known from his bands FUNKER VOGT and EISFABRIK, responsible for the fine tuning and mastering of the sound. The album also contains a different version of the (digital) single „Auf Ewigkeit“, recorded with Guest vocals by Chris L. (Agonoize + Funker Vogt). INTENT:OUTTAKE were touring Germany (13 cities) this winter with EISFABRIK!