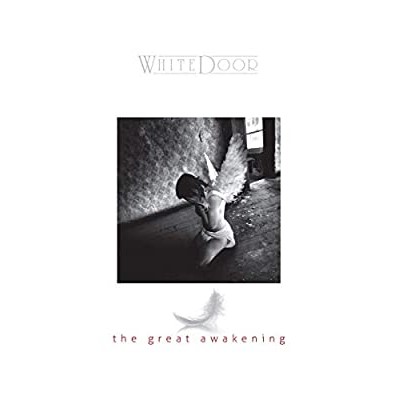 In 1983, the British band White Door (members: Mac Austin, Harry Davies and John Davies) released the legendary synthpop/new romantic album, “Windows”, which gained radio rotation on BBC with hits such as ”Jerusalem”, ”Love Breakdown” and ”Windows”. It was also highly regarded among the European fans of electronic pop music. The album was re-released on CD in 2009 after huge demand, via Cherry Red/Cherry Pop. Even the re-release is now a rare item on the second hand market. This turned out to be the only album from the band - until now! In 2020 a long awaited, but unexpected, second album from White Door is happening. The three original members, Mac Austin, John Davies and Harry Davies have joined forces with a new, fourth member, the Swedish artist and producer Johan Baeckström (Daily Planet etc.) to create an epic album titled "The Great Awakening". This is synthpop/new romantic the way it really SHOULD sound. Original fans of White Door from 1983 and new followers alike will certainly be MORE than pleased with their new release!