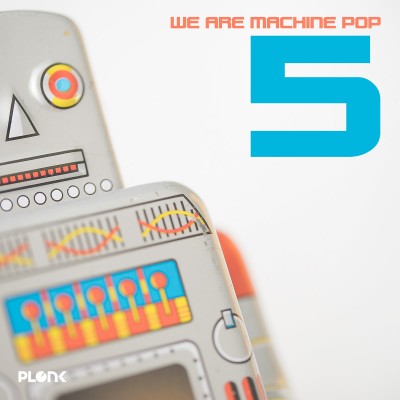 The next step of the collaboration between Razgrom Music and the Swedish label PLONK! PLONK has a unique strategy in the modern electronic music scene, purposefully developing such an exclusive genre as “machine pop” and creating an international roster of artists who can be called the inheritors of the classic KRAFTWERK sound, researchers of vintage analog synthesizer soundscapes and creators of cold and minimalistic, but elegant sound collages. Among PLONK's most famous releases are the compilations "We are Machine Pop", united by a common idea and a strict sound concept, which are already widely represented on various digital platforms, but have never been officially released on CD. Music from PLONK's catalogue is highly acclaimed among fans of the “Dusseldorf sound” and has some kind of "cult" status – so, due to high demand, some episodes of the "We are Machine Pop" saga are now being released for the first time on physical CDs through Razgrom Music. Each version comes with a special bonus section with tracks, that are NOT available digitally. All 3 compilations are Limited edition of 350 handnumbered copies each!

""We Are Machine Pop 5" includes tracks from SECTOR ONE, DATAPOP, MARBOSS, KEVIN LUX, ZEITMODELLE, MASCHINE BRENNT, UNISONLAB, NIELS GORDON, NEON, CONNY OLIVETTI, PLAST, KRETZ and most of them are included as exclusive versions, or have never been released before. Full digital remastering is made by Joacim Thenander (MASCHINE BRENNT, CULTIVATED BIMBO) - which means the quality of the sound is simply excellent!

02 SECTOR ONE - A Little Melody (Remixed)

09 NIELS GORDON - Before the Dark