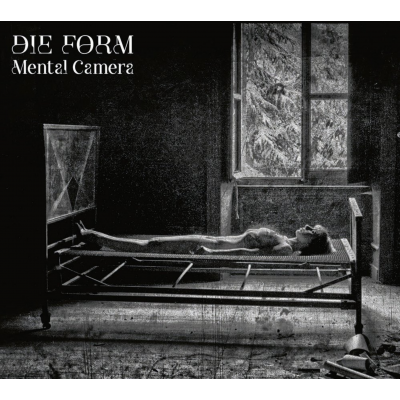 The chameleon is back. And it is shimmering in the thousand colours of night: As always when avant-garde electro trailblazers DIE FORM open a new chapter in their intoxicating career, the eyes of this worlds’ lustful sound aesthetes rest firmly upon them. Even after 43 years side by side, the musical intercourse between Philippe Fichot and Éliane P. hasn’t lost a bit of its haunting presence, its nepenthean effect, its radical eroticism.

Latest sprout of this both fated and fruitful partnership is an oeuvre that’s rendering speechless as much as it is stimulating, that’s illuminating the deepest depths of our psyche while at the same time building a deeply spellbinding electronic shrine to the horrifying beauty of night itself. “Mental Camera”, as the both short and meaningful title goes, is consciously ambiguous in its etymology: A camera that records psychic states, but also “camera”, the Italian world for chamber. Both meanings conjoined lead to the very essence of their latest manifesto of gloomy electronics: A mental chamber, a voluptuously dark record about the passing of time, about dreams going down the drain. Those are songs about our imagination, about the colossal world within our heads, about the shadows, about memories and mother nature.

Born in endless nights, “Mental Camera” sounds like the soundtrack to a lost David Lynch movie: Enigmatic yet demanding, full of forbidden promises and abyssic thoughts. A naked dance on the edge of the soul, an electronic opus magnum formed by Surrealist masters, harking back to the classic “Poupée Mécanique” as well as the long-since legendary “Trilogy of Passion” which defined DIE FORM as a project of immortal genius back in the nineties. This partial return is also becoming apparent in the hauntingly explicit visual aspect of the albums – intimate Die Form followers will know what this means.

However, DIE FORM 2021 is also a piece of electrified zeitgeist, a primum mobile of ritualistic club music. Testimony to this is a song like the hypnotic force that is “Lilium Dolorosa”, easily one of the strongest, most poignant pieces of music Fichot ever wrote. But then again, all of “Mental Camera” is: Sensual and intuitive, at times animalistic, at times avantgardistic, always committed to night, lust and shadow. Since 1977.