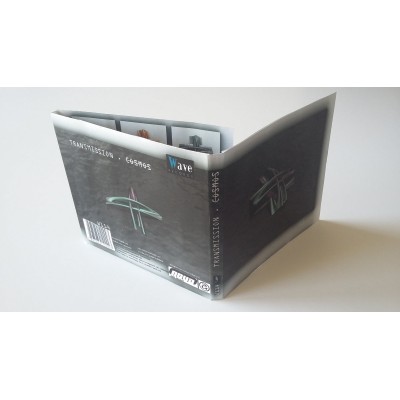 Transmission is the solo electro/darkwave project of Sandrine Deville – an acclaimed French freelance art designer, known as ‘Bluefactoriz’, that became famous also due to the fact, that she tinkered her own violin (named “Transmission”), purely built using 3D printing! Its name and shape was inspired by Joy Division’s timeless "Unknown Pleasures" album Sleeve: the white mysterious curves depicted on the sleeve represent pulsars, some weird dying stars.

This cold/post-punk/synthpop/dark-wave/electro universe has inspired Sandrine when she composed her 9 songs album "Cosmos": analog synths, pulsed by old-school drum machines, heavily influenced by the 80s. A dark and intimate atmosphere, the creation of electronic sounds, combined with her outstanding violin shape the unique sound of this project! The first song, "Cosmos", has its own video-clip made of film footages from the movie "The Cabinet of Dr. Caligari", directed by Robert Wiene in 1920. "Cosmos", the opening title of the album, defines the global atmosphere of this amazing debut, but for sure the highlite is ‘Cloud 9’.