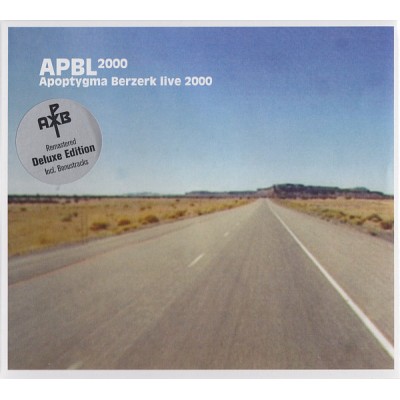 Thanks to the MASSIVE success of their latest ‘Nein Danke’ release, Apoptygma Berzerk de- cided to make available again some of the long sold out backcatalogue. Originally released in October 2007, the 7 ‘Deluxe’ re-releases of all ‘CLASSIC’ Apop albums have been sold out and deleted for quite some time now. The rights on these albums now returned back to Apoptygma’s original label Tatra Records and Apop mastermind Stephan Groth and Tatra decided to make the remaining copies of 4 of these Deluxe Editions available again – in their original Digipak packaging, but at much better price!.

The celebrated live-album (originally also released as a DVD) for their ‘Welcome to Earth’ World Tour!.

Bonus-Tracks (NOT on the original Tatra CD): 01 Starsign 02 Eclipse 03 Backstage with Apop.