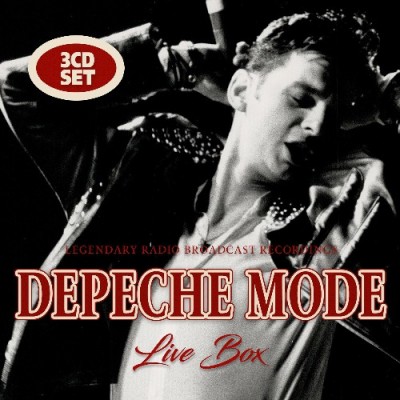 Many years ago, Italy was worldwide leader in Live-Bootlegs.. until they changed the laws. For some years now, Germany has taken the place of Italy for these kind of releases, due to a ridiculous gap in German laws. These ‘live’ albums are ‘legal’ in Germany – provided that they are for Exports only (no sales in Germany are allowed). Obviously they are not ‘official’ and 100% un-authorized by the band. Laser Media releases TONS of these live Albums, and usually we don’t care to offer/list them – but this one is actually extremely in- teresting for fans, as it contains live-recordings from as far back as 1981 and 1983 with lots of tracks, never played live again in the coming years!

Beware 2.0: We have no idea about the sound quality so be prepared for ‘limited’ quality.

An incontrovertible influence within the electro-indie music realm, Depeche Mode went from being a cult, fringe act to stadium megastars, unusual for a band that has strived to maintain its own identity. They were one of the first acts to establish a sound based completely around the use of synthesizers, and although they began their existence as a bouncy dance-pop outfit, they gradually developed a darker, more dramatic sound that ultimately positioned them as one of the most successful alternative bands of all time. This three disc set contains live radio broadcast recordings from the 80s and early 90s.