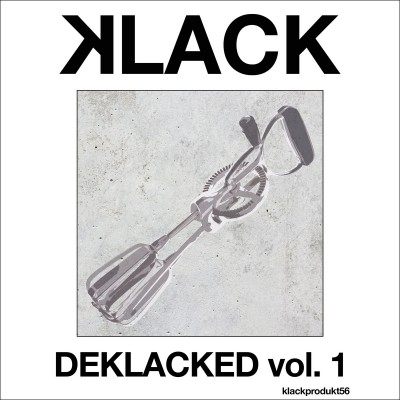 The collaboration between Razgrom and the U.S. New Beat/EBM project KLACK continues! 2020's «Catching up with Klack» compilation became one of the label's most successful and bestselling releases, strengthening Klack's popularity in the underground Electro-Industrial- Techno community. With such a massive response to the band's music (both from fans and other musicians) KLACK decided to release their first remix album, «Deklaсked Vol.1». The impressive list of remixers includes Patrick Codenys of FRONT 242, ASSEMBLAGE 23, IRIS, NEVADA HARDWARE, SEEMING, DAMASCUS KNIVES, NULL DEVICE, CAUSTIC and many others. Moreover: just a few weeks after the release, «Deklaсked Vol.1» topped the Deutsche Alter- native Charts for four weeks, ahead of much more famous names - an exceptional success for a remix album!.

While the album was originally conceived exclusively as a digital release, due to the success and high demand of fans «Deklaсked Vol.1» is now taking «physical shape» as limited-edition CD, with additional, exclusive bonus tracks, including Klack's early pandemic remake of their popular song "Discipline" as "Distancing".

13 Do you LeCar (Live Simulation) 14 Distancing