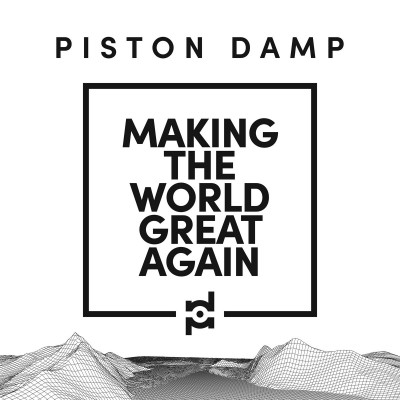 The duo currently residing in Sarpsborg, Norway is composed by:

Jonas Groth - Singer/songwriter/producer, with more than 20 years’ experience from both stages and studios all over the world, mostly connected to his brother, Stephan’s band, APOPTYGMA BERZERK. He has also collaborated with various other acts like MAGENTA and THE ANIX and THE DANDY WARHOLS.

Truls Sønsterud - Musical arranger/keyboardist/songwriter, connected to various bands since the late 90’s. Truls has worked under the alias TRÖLL when remixing both Piston Damp and other electronic acts.

The Piston Damp story so far:

The band was formed in 2000, but remained a hobby project for 20 years until Jonas wrote the song SOMETHING IN ME in 2020. This became their first single and was remixed by several international acts like THE ANIX, PEGBOARD NERDS and TECHNOMANCER (the latter becoming somewhat of a DJ-hit).

2021 saw the release of the single LOOSE ENDS which included the B-side DON’T. In April the highly anticipated single RUNAWAY was released, with remixes from bands like MESH, DIE KRUPPS and SUBSTAAT. All the singles and many of the remixes have received heavy rotation on several radio stations and internet programs.

Since the release of SOMETHING IN ME in October, both fans and media have been craving a full-length album, and the duo is proud to say that now it’s here. It includes all three singles, now in their full album versions, along with 10 more tracks.

The album has been produced by the band themselves and mixed with their good friend Magne Johansen. It was mastered for digital platforms by Ole-Espen Kristiansen, and for CD and vinyl by the legendary Morten Lund. Stephan Groth (APOPTYGMA BERZERK) contributes on vocoder on one of the songs.