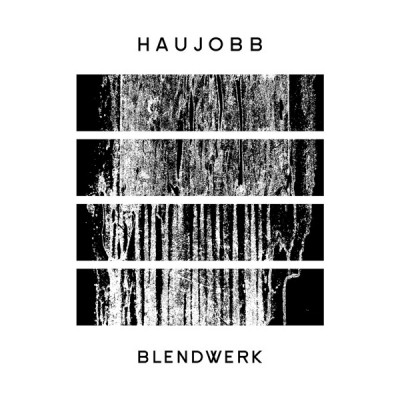 Even if you didn't know that ‘blendwerk’ means deception in German, it would still be hard to get away from the uneasy feeling that Haujobb's album of the same name instills. To put it bluntly, Daniel Myer and Dejan Samardzic are angry. What about is anyone's guess, maybe a relationship gone sour, maybe an entire life, but the feeling is palpable throughout ‘Blendwerk’, which might be because of this the band's strongest album to date. You feel it in the elastic synthlines, which never get bouncy; they are always repulsing you, not quite incorporating you in their rhythm. And you feel it in the lyrics, the swearing, the puzzling sense that Myer has been hurt; the sad and almost desperate way that he screams 'just go' on the album's opening track. Even in the lyrical delivery, which for most of ‘Blendwerk’ veers to- wards deadpan spoken word, there is a stoic sense that Haujobb has transcended their own role as future-faring industrialists, and - somehow - become human, all too human. Although ‘Blendwerk’ is Haujobb's eighth studio album in 22 years, it is only the second in the last decade. Its cold production, daring introspection, and bare naked emotion might be a clue as to why, and it will take you on an inward journey that is both troubling and unexpected. das ist nur blendwerk. .