4AD duo celebrated in fresh reissue project. Formed in Melbourne, Dead Can Dance was at its core a duo: Brendan Perry and Lisa Gerrard. The band’s arrival to London in 1984 was the beginning of an incredible seventeen year relationship with trailblazing indie label 4AD. Starting with their self titled debut and finishing with 2012’s Anastasis , Dead Can Dance released eight albums – all of which are now being lined up for fresh reissues via 4AD. The first wave of the project sees the first three albums — Dead Can Dance, Spleen and Ideal, Into The Labyrinth — re-released on July 8.

On their eponymous debut album, originally released in 1984, Dead Can Dance successfully harnessed a “bewitching barrage of sounds, layering grinding guitars and even a dulcimer-like yang chin over a taut wash of percussion. If the range of the group is staggering, then so too is their disciplined economy, no song lasting more than four minutes or degenerating into formless cacophony. With the ve group members continually interchanging instruments, only the vocals of Lisa Gerrard and Brendan Perry remain as a constant focus”. 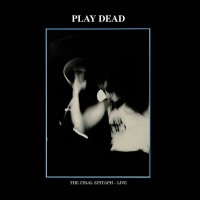