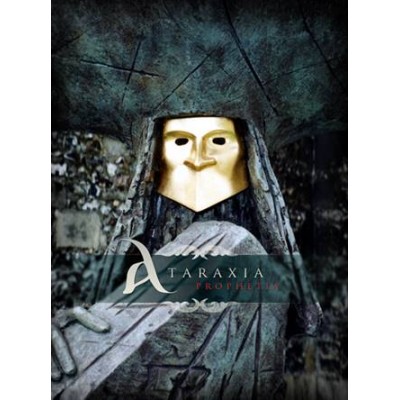 ‘Prophetia’ was the very first tape by the (then) Neoclassical/Neofolk act Ataraxia in 1990. To celebrate this sumptuous re-release, Ataraxia have recorded three exclusive tracks (written in 1989/1992) never released before and especially recorded this year. These old but new tracks keep the spirit of the 90s with a nowadays feeling. Nicolas Ramain took care of the layout and design of the amazing A5-sized digibook. The cover picture is by British ‘Goth pope’ Mick Mercer. DELUXE LIMITED EDITION - 2CD A5-sized Digibook, including 32 [!] pages oversized booklet with exclusive pictures by Mick Mercer and Norma Gombok + 2 exclusive photos sessions of ATARAXIA (dated 1990 and 2016), many texts and infos… CD1 features the original 9 tracks of PROPHETIA, all digitally re-mastered in 2017 + 3 new songs CD2 features a 1989 bootleg (live recording) with 6 exclusive songs, the earliest EVER recordings by Ataraxia and released on CD exactly as they were and for the first time!