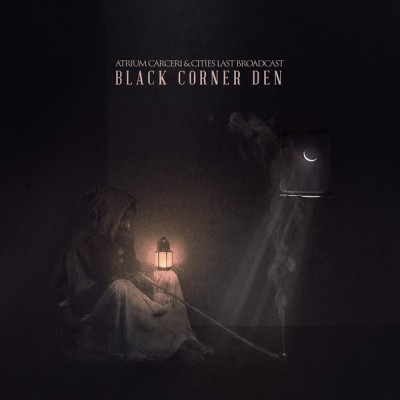 The two bearded Swedes join forces on this collaborative album. Black Corner Den is the result of long winter studio sessions separated by the atlantic ocean but made possible by the internet. Lonely moments in the company of the night lamp, overlooking the messy pile of tape loops while the machines hummed and the piano played until the morning. Exploring the opium dens at the end of the 19th century this album takes you deep into the soothing dreams of dead poets. "The streets lay silent as the floor creeks under your bare feet. The old loft lit by a wax candle, it's light dancing over your oak desk. A pipe, tinderbox and purple pillow for a tired head. You have a friend tonight and it calls itself the Black Corner Den." Pär Boström’s dreamlike soundscapes combines with the careful melodies and elegant structures of Simon Heath. The perfect soundtrack for decadent nights or introverted reading sessions, preferably combined.