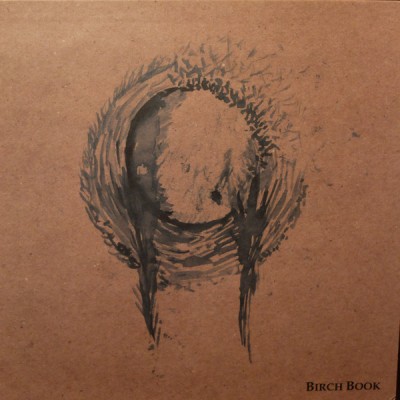 Re-Release of the long deleted IN GOWAN RING side-project’s debut from 2005 (Lune Music). A Psychedelic Folk Pilgrim re-collects a dozen years against the grain, hinging on the fringes of darkness and day, hand-bound in the Outsider's dreamscape of Birch Book. ‘Birch Book’ is a side project for B’ee from In Gowan Ring. B'ee Spent the mid 90's recording for the dark-starred World Serpent imprint (along with Coil, Current 93, etc.) with the soporific and supernatural In Gowan Ring. Drifting away from the overtly psychedelic, medieval, and soporific atmosphere which typifies In Gowan Ring, Birch Book has developed a simpler, indi- vidualistic, direct song based approach to Folk-Pop and Outcast-Country that has lead to comparisons with Leonard Cohen and Nick Drake.

It is appropriate that the best of B’ee’s songs should be given the simplest arrangements in which to shine. It allows the exquisite quality of his songwriting to be appreciated fully unobscured by layers of instrumentation. This album is not what many expect, it is not overly experimental, not droning or psychedelic but it simultaneously brings the older mystical folk into the current and points a new individualistic way forward for the artist. It's a brave move and an album that is cohesive, beautiful and often highly moving.

B'ee has been an influence to many of the later crop of post-millennial avant-folkers and has made tours & concerts supporting Woven Hand, Faun (D), and Robin Williamson (Incredible String Band)

TRACKS A: A1 Birch Bark A2 How the Hours... A3 Five Hundred Keys A4 Easy to live (a Lie) A5 Coffee Morning A6 Eglantine

TRACKS B: B1 Train to Rome B2 Leaf Patches on Sidewalks B3 Sleepless Search B4 Warm Wind and Rain B5 Windows B6 Birch Bark