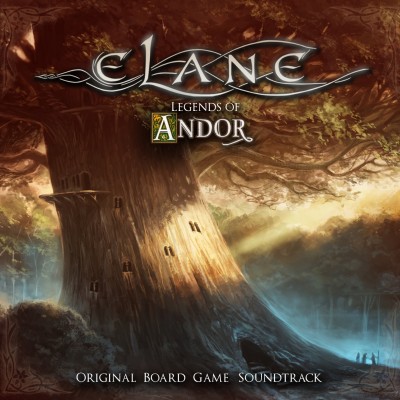 Legends of Andor – Original Board Game Soundtrack” is a cooperation between the fantasy folk band ELANE and the game developer and illustrator Michael Menzel. It is the band’s 6th studio album, describing stories and places from the fantastic world of Andor. Sometimes, the songs have a dreamy air, sometimes they feature a mediaeval folkloristic style, sometimes they show off bombastic orchestra arrangements or are spherical and driving. This is an album for both fans of ELANE and of fantasy folk in general which is perfectly suited as a soundtrack for playing board games, pen & paper or LARP roleplaying or even cosplaying – and of course, for many exciting rounds of “Legends of Andor”. The CD comes with an artful booklet containing many illustrations as well as the imposing cover image by Michael Menzel.

TRACKS: 01 Guiding Star 02 Theme from Journey to the North 03 Reedland 04 The Tavern Song 05 The Drinking Song 06 River Narne 07 The Vigilant Woods 08 The Cartographer 09 Isle of Danwar 10 Into the North 11 Entrance to the Mine 12 Borghorn 13 The Dragon's Tale 14 The Abandoned Tower 15 Castle Song 16 Legends of Andor (End Titles)