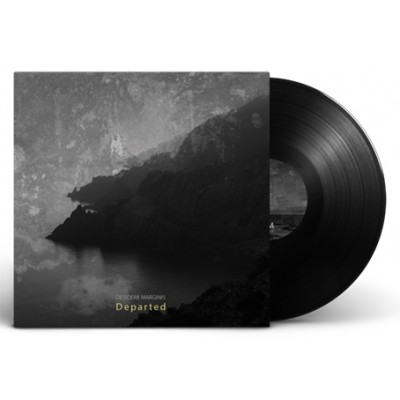 On his now 10th full length album, Johan Levin offers us a slow, soaring meditation on mortality. The complete certainty of death, and how we cope with that knowledge is what constitues the essence of this new opus. “Departed” retains the sacral expression of its predecessor “Vita Arkivet”, but not within the oppressive confinement of old stone vaults, but high across a raging seas, rocky shores and darkened skies. Music for gazing at the endless ocean of infinity, trying to catch a glimpse of meaning through the tiny rips in the fabric of existence; its magic and loss. The CD contains 3 bonus tracks: Radical ‘Reworks’ of the 2 classic Desiderii Marginis pieces “Deadbeat” and “Worlds Apart” and “I am without Rule (Sum Sine Regno)”, recorded December 2018, and while sound wise it harks back to the “Vita Arkivet” album, thematically it is more akin to “Departed”, lending it's title from the medieval mortality motif of “The Wheel of Fortune” which became very popular after the great plague.

TRACKS: 01 Through a Forest of empty Armors 02 An immense hardened Shadow 03 The Silence of a Thousand Years 04 Eternity shuddred at the Image of Death 05 What Death whispers to the Dying 06 Departed 07 I am without Rule (Sum Sine Regno) 08 Deadbeat MMXIX 09 Worlds apart MMXIX