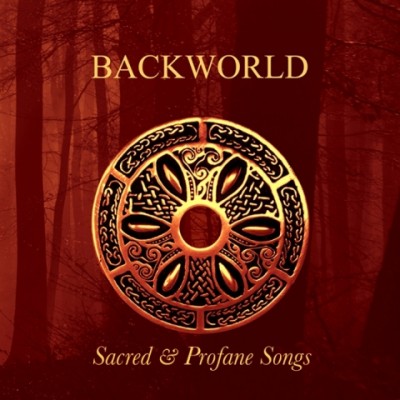 BACKWORLD are known to most people from the World Serpent era (albums classics such as 'Holy Fire', 'Isles of the Blest', 'Anthems from the Pleasure Park'...) when they were the most famous representatives of Neo / Psychedelic Folk together with Current 93, Death In June and Sol Invictus. In the period from 1996 to 2011 they released 7 albums, and since then nothing new has been heard from them. On "Sacred & Profane Songs" Joseph Budenholzer has now selected 11 songs from this era, polished them all up in the studio and at the same time had them carefully remastered by Bobby Bachinger. In addition, there are two new tracks that Joseph recorded especially for this album in late 2019 (“In this New Dark Age” & “Love and its Disintegration”).

TRACKS: 01 The Devil`s Plaything 02 Holy Fire 03 Leaving the Isles of the Blest 04 Season of Sacrifice 05 Destroying Angel 06 Come with Joy 07 Pleasure Park 08 Between two Worlds 09 Melody 10 The Tide 11 Language of Dreams 12 In this New Dark Age 13 Love and its Disintegration