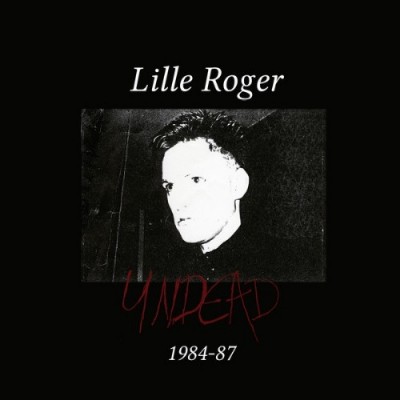 CD-BOX version of the super cool and super expensive “Undead 1984-87” 7LP-vinyl boxset. With 40:35 min additional material not released on the original 6LP Box (but Later added on a 7th LP).

After years in the makings, this monumental collection of Roger Karmaniks early industrial works is brought to you by reborn Cold Meat Industry. Let’s hark back before Death itself and go back to the basics.

Lille Roger was founded in 1984 and became a unique entry in Sweden at the time. Few had the guts to approach things with such morbid ardor. Over a period of four years Roger claimed his place at the throne as the juvenile delinquent king of Swedish industrial music. Working with very limited equipment he produced material that still today stands out as timeless master- works. The final recordings were released as the epitaphic “Undead” 7” (CMI-01), marking the beginning of Brighter Death Now as well as Cold Meat Industry. It is obvious that this boxset shares both the name and catalogue number with such a milestone,as well as being the start of the new Cold Meat Industry label.