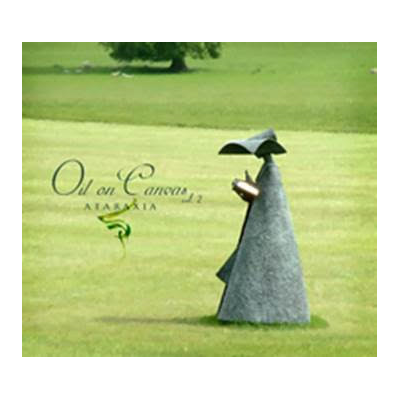 In beautiful glossy digipak, limited to 500 copies, 5 bonus-tracks and with slightly different vari- ations of the original lay-out, based on beautiful picturs by Mick ‘Goth Pope’ Mercer… Second edition with 5 unreleased tracks. The compilation includes a cover version for piano of ‘Lucretia’, that will be included in the re-release of ‘Il Fantasma dell'Opera’ in the near future. Ataraxia also decided to include a completely exclusive new song called SUBLIMATIO and a few of the tracks already compiled on the original Oil on Canvas + several new songs never compiled before especially belonging to the last productions of the band (Kremasta Nera, Llyr, Spasms, Wind at Mount Elo). The result is a kind of progression of the original CD, that was released [and old out fast] by Ultra-Mail HongKong in 2008 in a sumptous Book+CD edition.

03. The Bay is white in silent Light (from Vittorio Vandelli's solo album)

06. Rashan (exclusive for Oil On Canvas I)

08. Temenos (exclusive for Oil On Canvas I)

11. May she become (from long deleted Cchinese compilation)