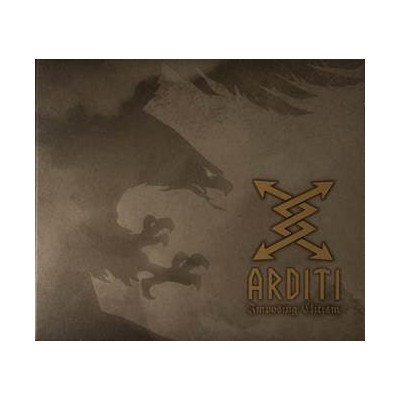 Imposing Elitism” is now finally available on CD (presented in Digipak format) and LP (both on black or gold 180 gr. vinyl, with matching covers, each limited to 250 hand-numbered copies and including download code) + an ultra-limited edition with specially manufactured METAL Pin!.

Boasting the unique personality of this Swedish combo, Arditi's music taps into the darker tones of Militaristic Neo-Classical ambiance that has become the band's trademark. Ever effective in their use of crushing orchestrations and evocative speeches, the band hereby drags the listener around muddy trenches, and casts a hypnotizing veil over the turmoil of warfare-inspired Industrial soundscapes. Spearheaded by Henry Möller and Marten Björkman, Arditi first came to light in 1997, inspired by the Italian Futurist Movement of the early 20th century. But given both members' involvement in other projects (such as Puissance and Algaion), it was not until 2002 that the first recorded output would come to be released.