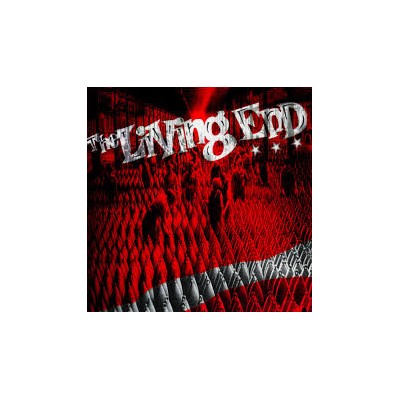 Australian Punk Rockabilly outfit The Living End had formed in 1994 in Melbourne by Chris Cheney on guitar and lead vocals, and Scott Owen on double bass and backing vocals. In 1996 they were joined by Travis Demsey on drums. In 1997, they had achieved mainstream success with their EP Second Solution / Prisoner Of Society, peaking at No. 4 on the Australian Singles Chart. More singles followed, which can be found on their self titled 1998 debut: "Prisoner of Society", "Save the Day", "All Torn Down", "West End Riot" and the US-only single "Trapped". The album reached No. 1 on the ARIA Albums Chart and remained in the top 50 for 63 weeks. The Living End was certified 4× Platinum by Australian Recording Industry Association (ARIA). As of today, it is the band's most successful album. The cover art, as described by front man Chris Cheney, is based on a photograph of a World War I all-female bomb factory.