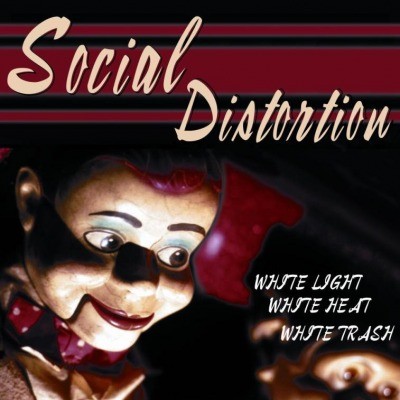 In 1996 Social Distortion released their 5th album, White Light, White Heat, White Trash. The line-up featured a new drummer Chuck Biscuits (Black Flag/Danzig and many more). White Light, White Heat, White Trash was the last album with Dennis Danell on guitar (he sadly died in February 2000). The album received Social Distortion's highest ever chart position, entering the Billboard 200 album chart at #27. It also includes radio favourites "I Was Wrong", "When The Angels Sing" and a superb cover version of the Stones' "Under My Thumb". Stylistically, the album is harder and considered a return to their hardcore punk roots. Social Distortion is nothing less than a legend in the punk genre and still continues to receive worldwide respect and support.