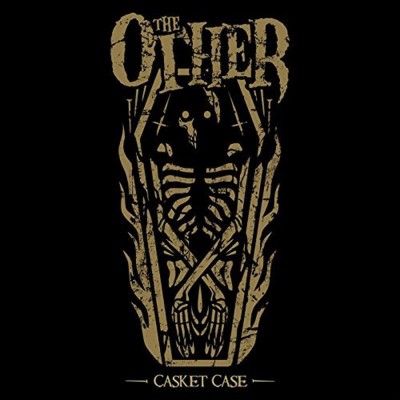 THE OTHER - CASKED CASE DIGICD

Gold embossed digipak! THE OTHER are probably the biggest active horrorpunk band in the world, an institution that has unleashed their horror show from Wacken Open Air to the legendary Whiskey A Go-Go in Hollywood and on every stage within their reach. Driven by the evil, the unnatural and the sinful temptations of the night, the band has released six studio albums so far and did even star in 2 comics since their foundation exactly 15 years ago. In addition THE OTHER have played over hundreds of concerts and thus are living proof that George A. Romero was right when he said: " When there's no more room in Hell, the dead will walk the Earth." If you now look at THE OTHER, they don’t want to go back to hell, where they emerged from in 2002. Instead they focus on creating their own legacy in the vein of bands like Misfits and The Damned with a bit of KISS' theatrical caprices and antics of Alice Cooper to unleash music that keeps all of these Rock'n'Roll demons alive even today.