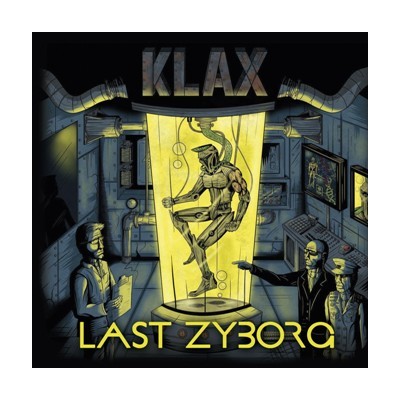 Last Zyborg" 2nd release from Texas Psychobilly band Klax. Zteben started the band in 2012 with their 1st release "Recyclebilly". They have been active non stop and fans dying for more. This release moves the band into a more aggressive path off their classic sound. Still with a strong sci-fi theme, powerful slap bass, delay soaked guitar and thrash influenced drum patterns. Concept album that is set to grab all fans of Psychobilly back into the harder side.