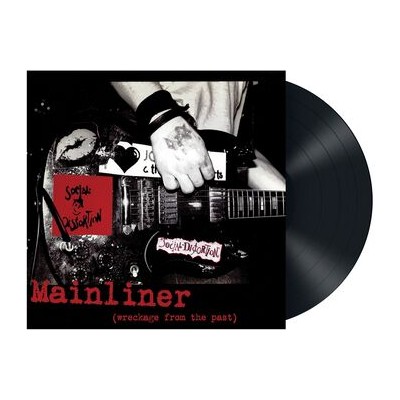 SOCIAL DISTORTION - MAINLINER (WRECKAGE FROM THE PAST) LP

"Mainliner (Wreckage from the Past)" is a collection of early recordings by Social Distortion. It was released on July 18, 1995, and contains songs which were recorded in 1981. It is a collection of singles and B-sides that had never appeared on any of the band's full-length albums (except for "Moral Threat" and "All the Answers"). This album was released by Mike Ness' Time Bomb Recordings (distributed by Arista Records) in 1995 along with the re-release of "Mommy's Little Monster" and "Prison Bound".